Update (December 10, 2019): A settlement has been reached between the parties. Elon Musk will not demand attorneys fees (which he is legally entitled to), and Unsworth will forgo all rights to appeal the matter.  Generally, this means that Musk threatened to file a motion for attorneys’ fees if Unsworth pursued the matter further.  Sometimes, justice is not about right or wrong, but rather becomes a question of a party’s ability to pay the bills. Whether this case was fairly decided or not, the agreement certainly ends the matter.

Unsworth, the brave diver who saved the kids in Thailand, might be requesting a retrial of the defamation case as per his lawyer Mark Stephens. Based on what is known,  there is a good chance his motion for retrial might succeed.

As reported by Ryan Mac, a juror explained why a not guilty verdict was rendered:

The juror was Carl Shusterman, an LA-based attorney who during jury selection was notable for saying he owned 2 Teslas and had both “negative & positive thoughts” about Musk. He assured court that he would remain unbiased in his decision making and nothing suggested otherwise. Shusterman told me that the judge gave them clear instructions on how to determine defamation and that it had to clear five points. The main sticking point was that the jury could not determine “acquaintance.” That means: Can a reasonable person who read Musk’s tweets know for sure it was about Unsworth? The jury decided that the person couldn’t and based their decision mainly on that. They were unanimous on this and moved quickly once establishing (less than an hour).

Presuming Ryan Mac’s reporting is accurate, the jury’s reasoning is problematic and a new trial is justified.  This is because, “[d]efamation requires the intentional publication of a false statement of fact that has a natural tendency to injure the plaintiff’s reputation or that causes special damage.” Burrill v. Nair 217 Cal.App.4th 357, 383, (2013). There is no lack of “acquaintance” defense in a court of law.

Based on the juror’s explanation they determined that a reasonable person, who read Musk’s tweets, would not know the statements were about Unsworth. However, the facts prove otherwise. 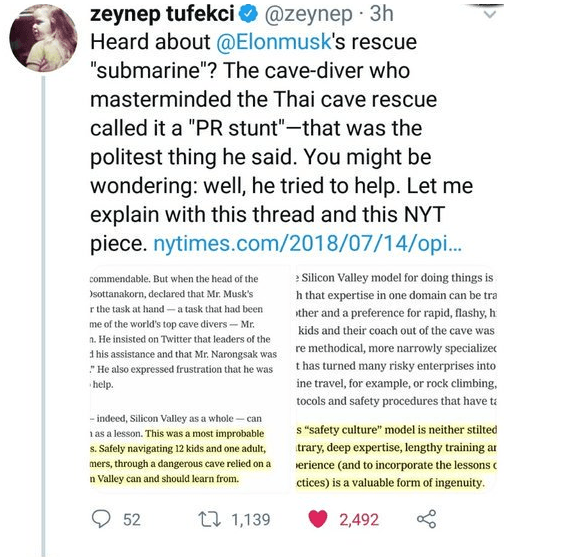 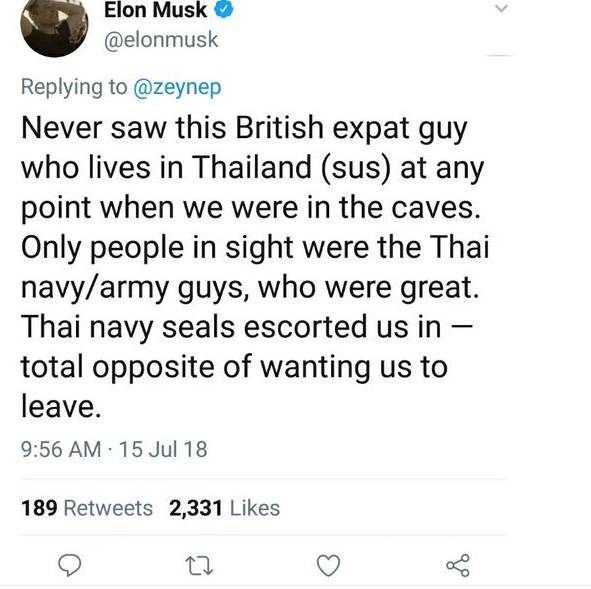 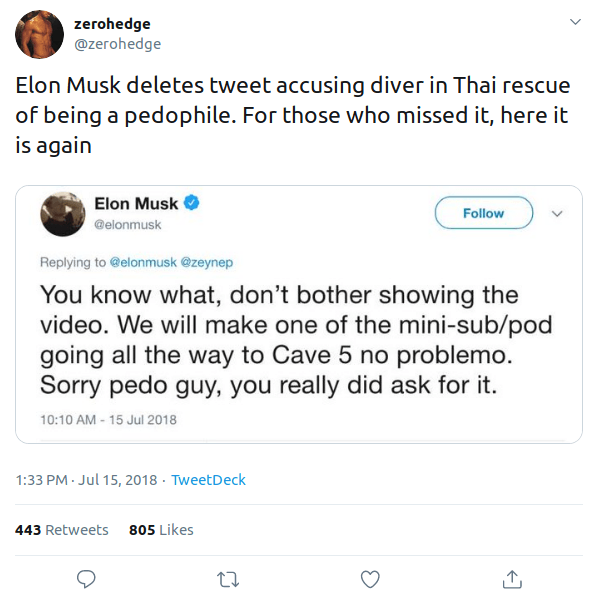 5. Musk doubled down claiming to bet a “signed dollar”: 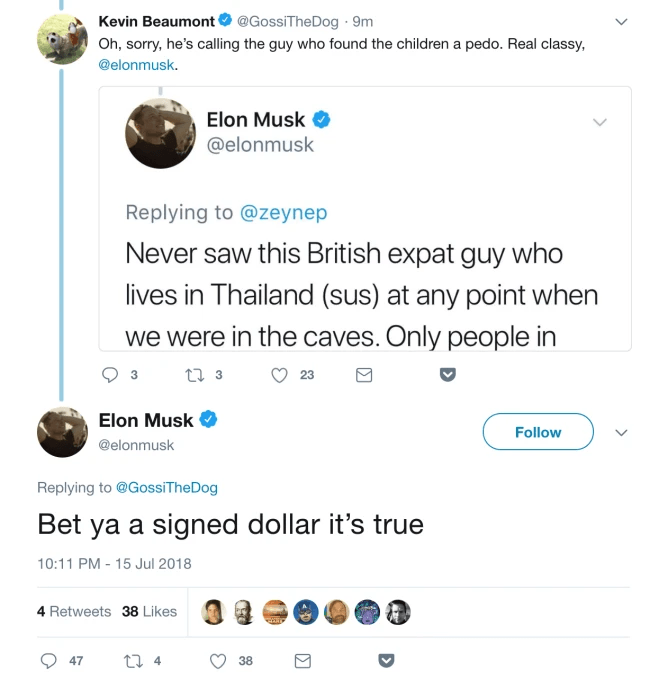 Therefore,  the question posed to the jury was whether a reasonable person who read Musk’s tweets could have determined whether the statements were about Unsworth? Under the totality of the circumstances, including tweet by Kevin Beaumont it is clear that the average reader determined the tweet was about the British ex-pat who saved the Thai school children, the person who called Musk’s submarine a ‘PR stunt’. It was widely known and reported by all major news networks that Unsworth was the person in question.

In fact, Musk admitted his statements were about Unsworth: 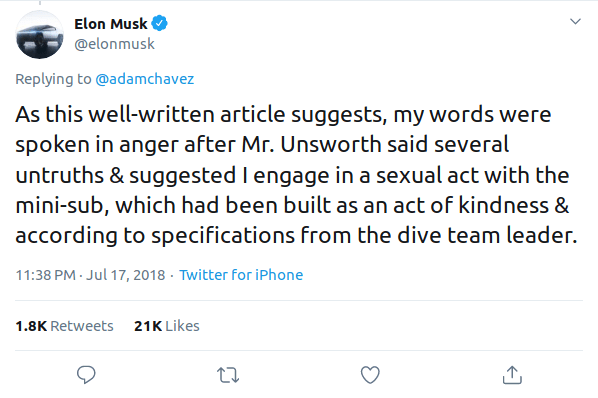 Thus, the facts provide evidence that  Musk’s statements were directed towards Unsworth. Therefore, the main issue now becomes why did the jury unanimously determine that the statements were not about Unsworth? Unsworth’s attorneys would need to provide a showing of either a judicial error  by the judge or an error of fact by the jury.  For the former, his attorneys would need to provide a showing that the trial judge procedurally erred in either (i) not admitting facts into evidence or (ii) gave the jury incorrect instructions as to the determination of whether Unsworth was an “acquaintance” of Musk. If, however, there is no judicial error, Unsworth can most probably succeed in proving that the jury erred by misconstruing/ misunderstanding the facts.

For example, consider this line of questioning by Musk’s attorney to Unsworth during cross-examination:

[Musk’s Attorney]: Now, continuing along this line of people coming to you to want to honor you or tell your story. There were also people, again, after Mr. Musk’s tweets, who wanted to come and tell your story in the rescue, correct? And is it fair to say that it would not be a very valuable story if the public thought you were a pedophile?

[Unsworth]: I was—I was part of a huge operation, and people wanted to know the story.

Musk’s attorney was trying to prove that Unsworth did not suffer any damages. However, the jury may have mistakenly presumed the above line of questioning as evidence that a reasonable person did not consider Musk’s statement to be “about” Unsworth.

In any case, the jury’s rationale to find in favor of Musk is erroneous.  Unsworth should be betting the unsigned dollar Musk was willing to wager.