Rohit Chhabra has been practicing software patent law at the USPTO since 2012. He holds bachelors (2001) and masters (2005) degrees in computer science. Before becoming a lawyer (2011) in silicon valley, Rohit worked as a software developer developing complex Medicaid systems.

You are invited to view our representative work on our patent portfolio page. 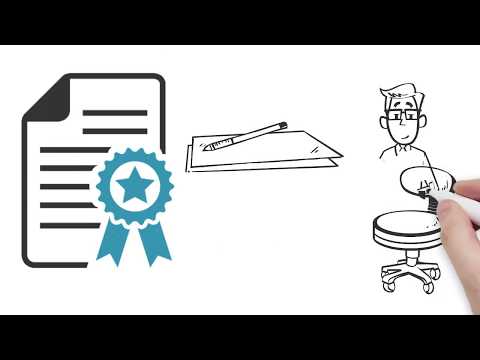 Rohit has strong technological skills. Owning his first computer, a ZX Spectrum , at the age of 6, programming came naturally to him. He has extensive experience in object oriented programming and network security.

An avid Linux user and programmer, Rohit appreciates well written code that is efficient and has a small memory footprint. He takes immense pride in the work quality he delivers, and believes in forging a long lasting partnership with each of his clients. He is committed to diligently protect and/or fight for your intellectual property rights.

Before becoming an software patent attorney, Rohit worked as a developer at EDS (acquired by Hewlett-Packard). While at EDS, he developed Medicaid applications for various state governments, including the (internal/backend) systems currently being used by the governments of Kentucky, Ohio, and Florida for processing Medicaid claims.

He has formerly also worked as a network security analyst designing and securing network infrastructures for small businesses.

Before starting his own practice, Rohit worked as an attorney at one of the top law firms in Silicon Valley, where he was extensively trained by one of the leading attorneys in patent prosecution and litigation support. He focused on patent prosecution, appeals, and litigation support, including, freedom-to-operate, due diligence, and infringement opinions. Rohit has represented technology giants like Apple and EMC.

How to Patent Software (2020-present)

Since the Alice v. CLS Bank International decision by the U.S. Supreme Court, patenting software based inventions has become complicated. Software patent applications now require technical sophistication as to how the system performs the proposed invention (not how things are perceived by end user or benefit the end user). We encourage all potential clients to read the following blog posts:

These posts are written to assist you in passing the Alice test, following the latest 2019 USPTO Revised Subject Matter Eligibility Guidance.

Rohit has achieved success where others, including attorneys from prestigious large law firms, have failed. His recent achievements include successfully procuring numerous patents for his clients in USPTO departments notoriously known for not granting patents and having an overall 95% failure rate due to 35 USC 101 (Alice) rejections.

Since 2016, Rohit has continuously been ranked as a rising star by Super Lawyers, an ranking granted to less than 2.5 percent attorneys in each State in the the US. His clients include many startups both in the bay area and beyond.

Rohit is also the creator of a free patent application generator, available at getmeapatent.com. Being an expert in object oriented programming, Rohit has built the system for speed with minimal memory requirements.

By authoring the FAQ section, Rohit has provided a lot of information on patent law in general. This information is freely available at our FAQ section. We encourage you to visit the FAQ section (and select the software patents tab) to learn more about computer software and hardware inventions.